You are here:
Montauk MoodsOPEN: Winter in Montauk 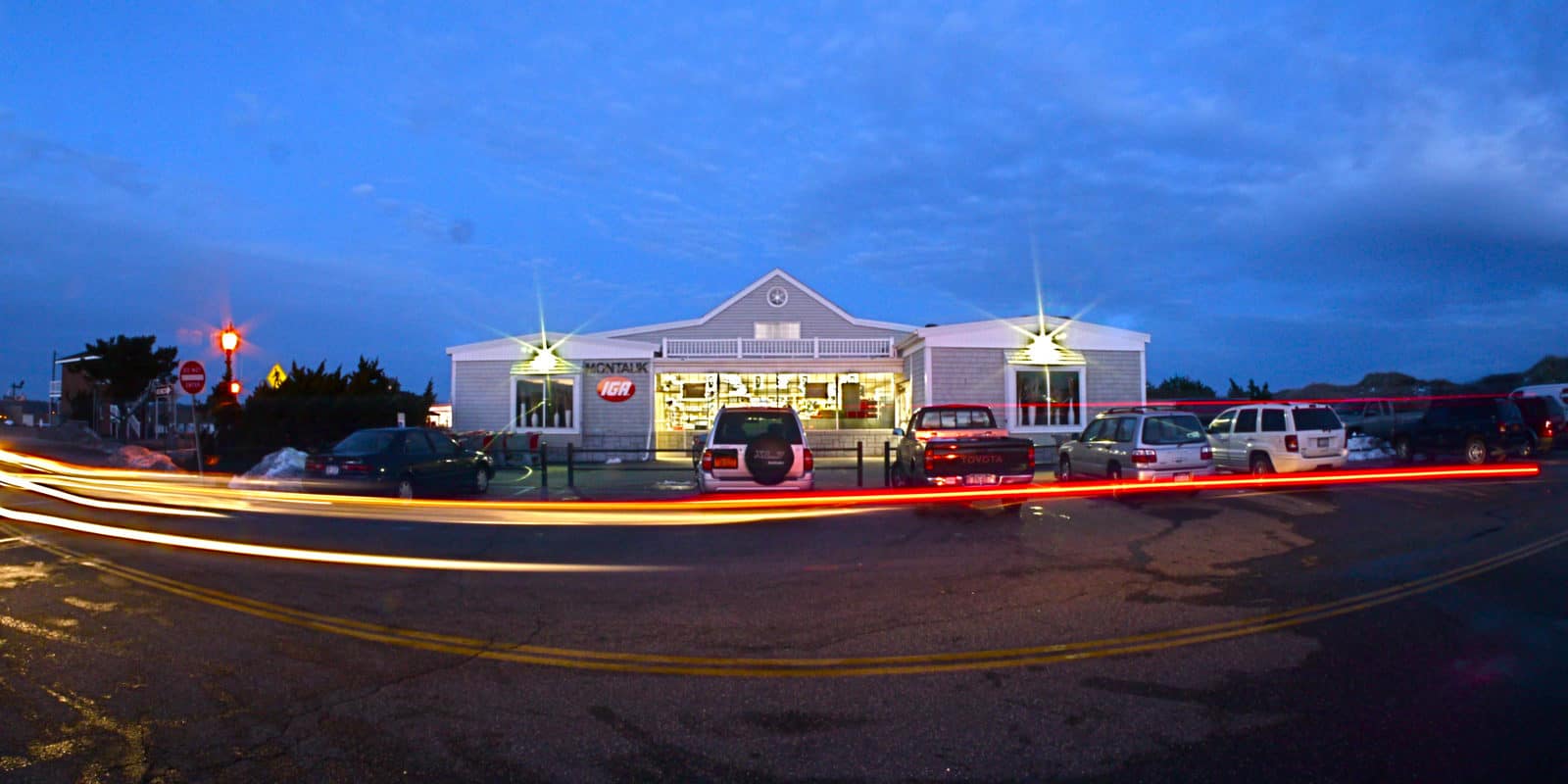 During the summer I simply won’t go into the IGA in the late afternoon. Everyone’s come off the beach, realized they need stuff for dinner, and BOOM! Enough people for three suburban supermarkets packed into our little five isle IGA.

It’s no one’s fault. Hungry people gotta eat. Even still, it’s A LOT of people in small space. I don’t know how the people who work their keep their cool, but the do.

Winter’s another story. No lines, and always someone you haven’t seen for a while. Tonight, when I was taking this photo I ran into John Yastrzemski, a local chef, and one of the first guys I got to know in the Ditch Plains line-up. In the winter I like going to the IGA because I like seeing people who smile when they see me.

Sunset in front of Navy Beach Restaurant on Fort Pond Bay at the Montauk Chamber of Commerce Tuesday Night Mixer, May 9 2013, Montauk NY
May 10, 2013

Sunset over Tobaccolot Bay and Gardiners Island as seen from the Montauk Manor, May 5 2013, Montauk NY
May 6, 2013
Go to Top